A meal on the wild side.

This week, I went to Belgium for an exclusive dinner cooked by two of Europe’s brightest talents, Swedish chef Magnus Nilsson from Fäviken Magasinet and Kobe Desramaults of In De Wulf. 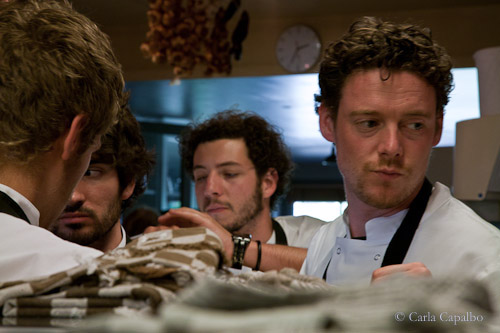 Kobe Desramaults and and his cooks prepare for the dinner

These young culinary fauves (Magnus is 27, Kobe 31) prepared an inspiring – and at times challenging – dinner together at Kobe’s restaurant which is situated in the Flemish countryside surrounded by farms, just a few miles from the French border near Lille. 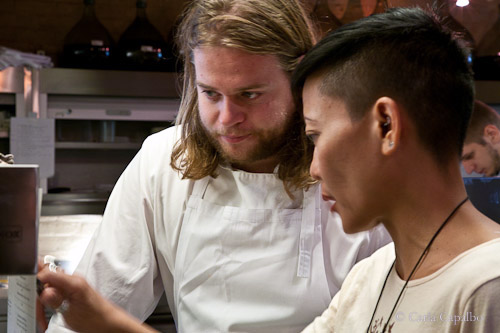 The dinner, for about 25 people, was presented by Kobe and Magnus who took it in turns to present their dishes. Both chefs specialize in using only local produce, be it wild or home-grown, and they took us through a fascinating palette of flavours and textures beginning with the ribbed sourness of Kobe’s raw rhubarb and the crisped sponges of Magnus’ lichens, which had travelled down from northern Sweden in a suitcase full of game birds. 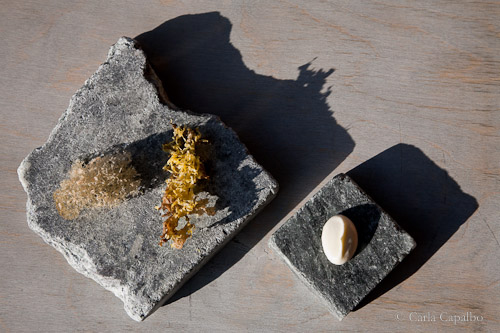 The meal explored the natural world, from above the ground and below, with artistry and courage, pushing the boundaries of what we should and can eat. Kobe’s stark raw walnuts with celeriac purée and grated aged ham stood out, as did Magnus’ well-hung birds (including snow grouse and thrush), which appeared on the plate accompanied only by their crunchy halved heads and a rich crimson paste of their organs. 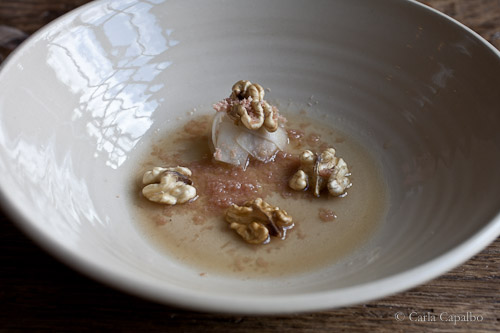 I’ll be writing more about this exceptional meal in the coming weeks, so look out for it. 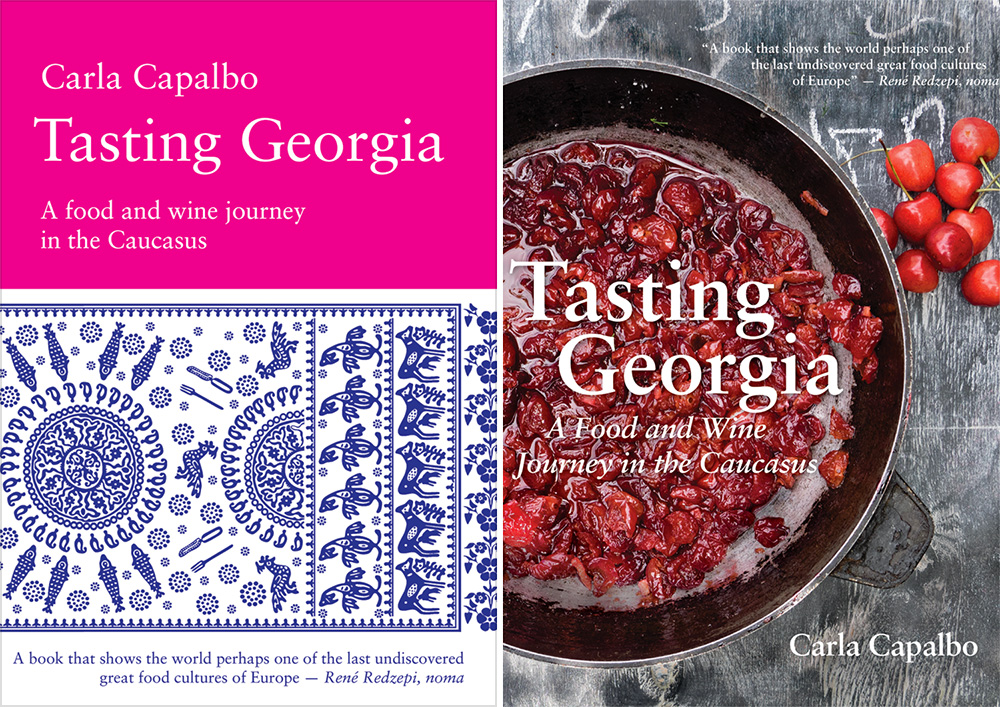 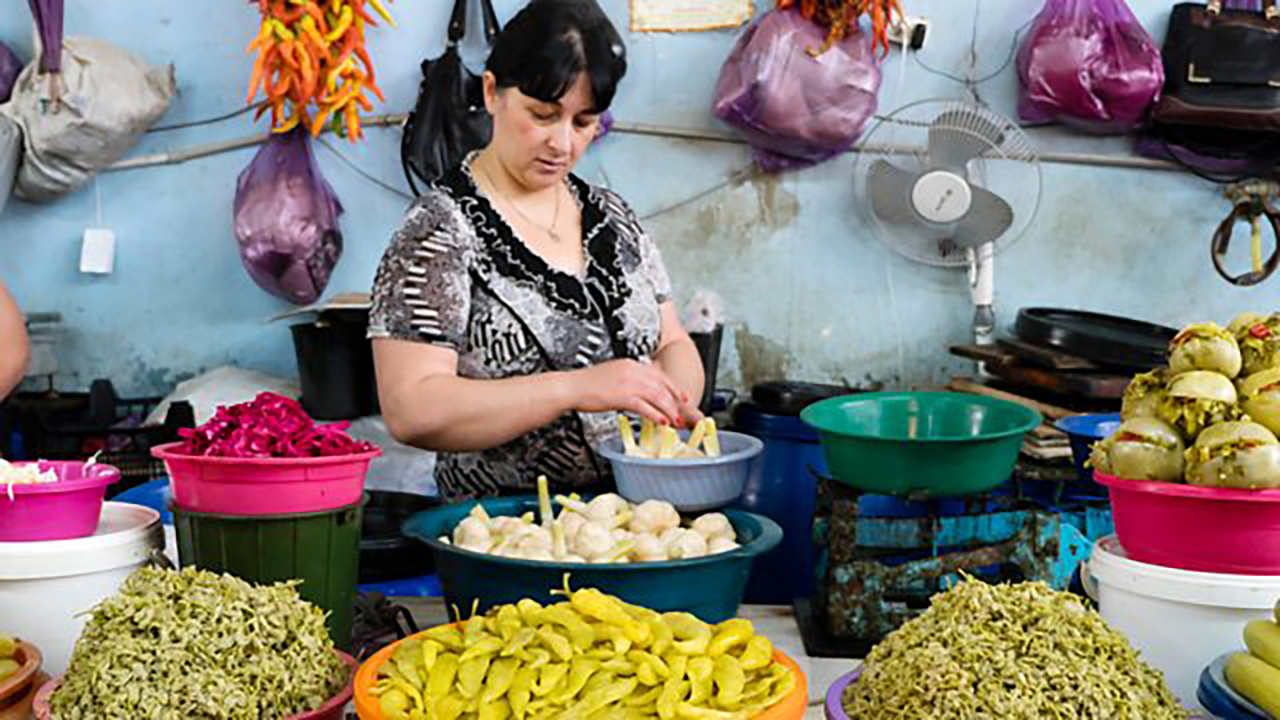 For anyone who is interested in hearing more about my take on Georgia, I’m delighted …